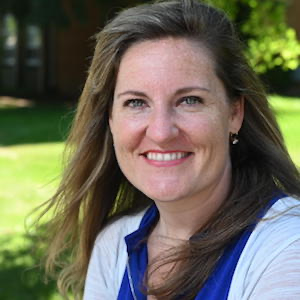 Jilaine Sandlin joined the DCIS team in 2015 as a 9th grade English teacher, and since then has become the High School English Senior Team Lead and 10th grade English teacher. She is originally from Texas, where she attended Texas A&M University for both her bachelor’s and master’s degrees and where she began her teaching career in 2007. It was only a matter of time, however, before she moved to Colorado. According to her parents, she’s been talking about it since she was a child, so she moved to the Denver area in 2010.
She is thrilled to be at DCIS because of its international experience; her time spent studying in Toledo, Spain, and working at a children’s shelter in Guadalajara, Mexico, helped her learn how important it is to experience other cultures. Besides these experiences, she has traveled extensively, visiting every continent (except for Antarctica, although it’s on her list!). In her free time she loves snowboarding, camping, and, of course, reading.